Brian will be updating us after the race with exclusive behind the scenes photos video and commentary!  Stay tuned for updates as the season progresses and catch all the action as Brian and the PowerBass Chevrolet ZL1 Camaro take the charge to the podium to grab the checkered flag week in and week out! 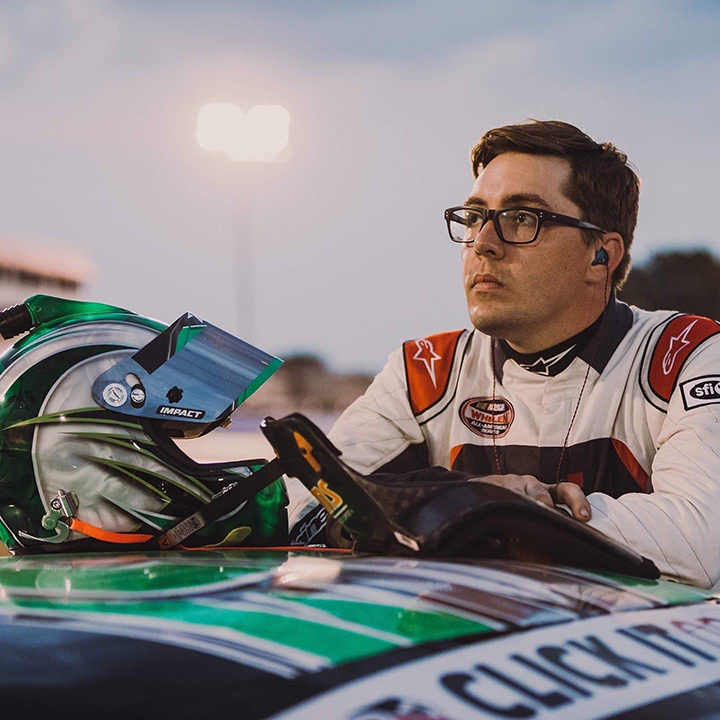 Brian Obiedzenski is a NASCAR Advanced Auto Parts Weekly Series two time champion that currently competes in both NASCAR Division 1 and NASCAR Division 2 competition. The Franklinton, North Carolina driver started racing go karts in the mid-90's and took the next step to NASCAR competition in 2001. During his time racing in the Northeastern region of the country, he competed at Riverhead Racway, Mountain Speedway, Stafford Motor Speedway, Thompson International Raceway and Wall Stadium.

The 2013 season was a highlight year for the driver winning the ACE Speedway Rookie of the Year and opening up the door to numerous rides from car owners in the area. A banner 2015 year produced 15 wins, and a championship. In 2016, Brian made the large move to NASCAR Late Model competition and the team began winning races in the same year. His second championship was earned in 2018 with 4 wins and 17 Top 5 finishes.

Brian is a husband and father of two and works a full time job as a General Motors World Class Technician. The team is family owned and has long time pit crew members that have made the team what it is today. The Powerbass 29 team is a tight group of pit crew members that has stuck together to build the team from an idea into the championship caliber group it is today. Fans in the region are drawn to the motivation the driver and team bring to the track. Obiedzenski stays very engaged on social media with his ever growing fanbase.  Obiedzenski has competed in over 500 NASCAR sanctioned races and plans to continue racing as long as his family schedule allows him to. 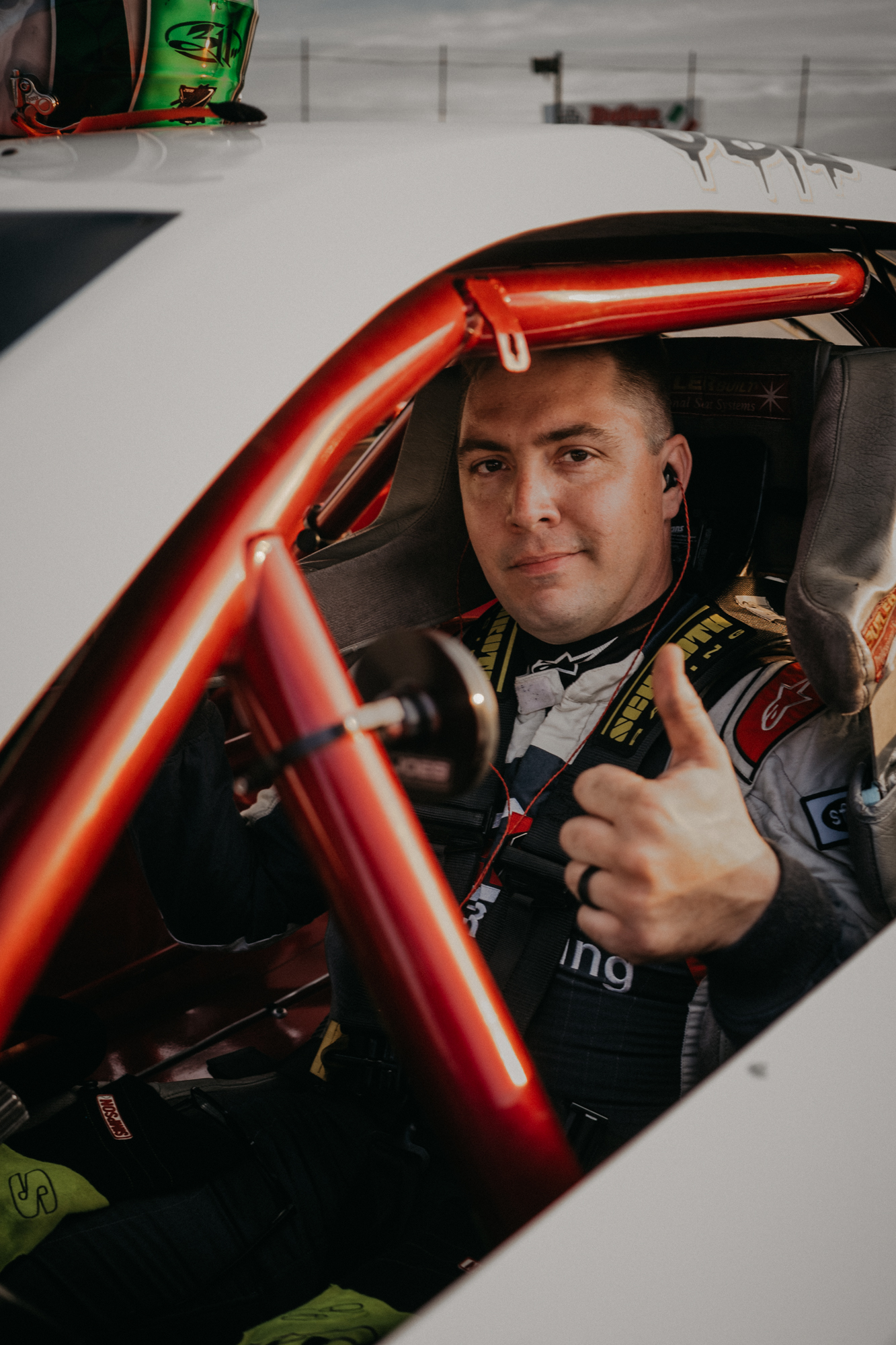 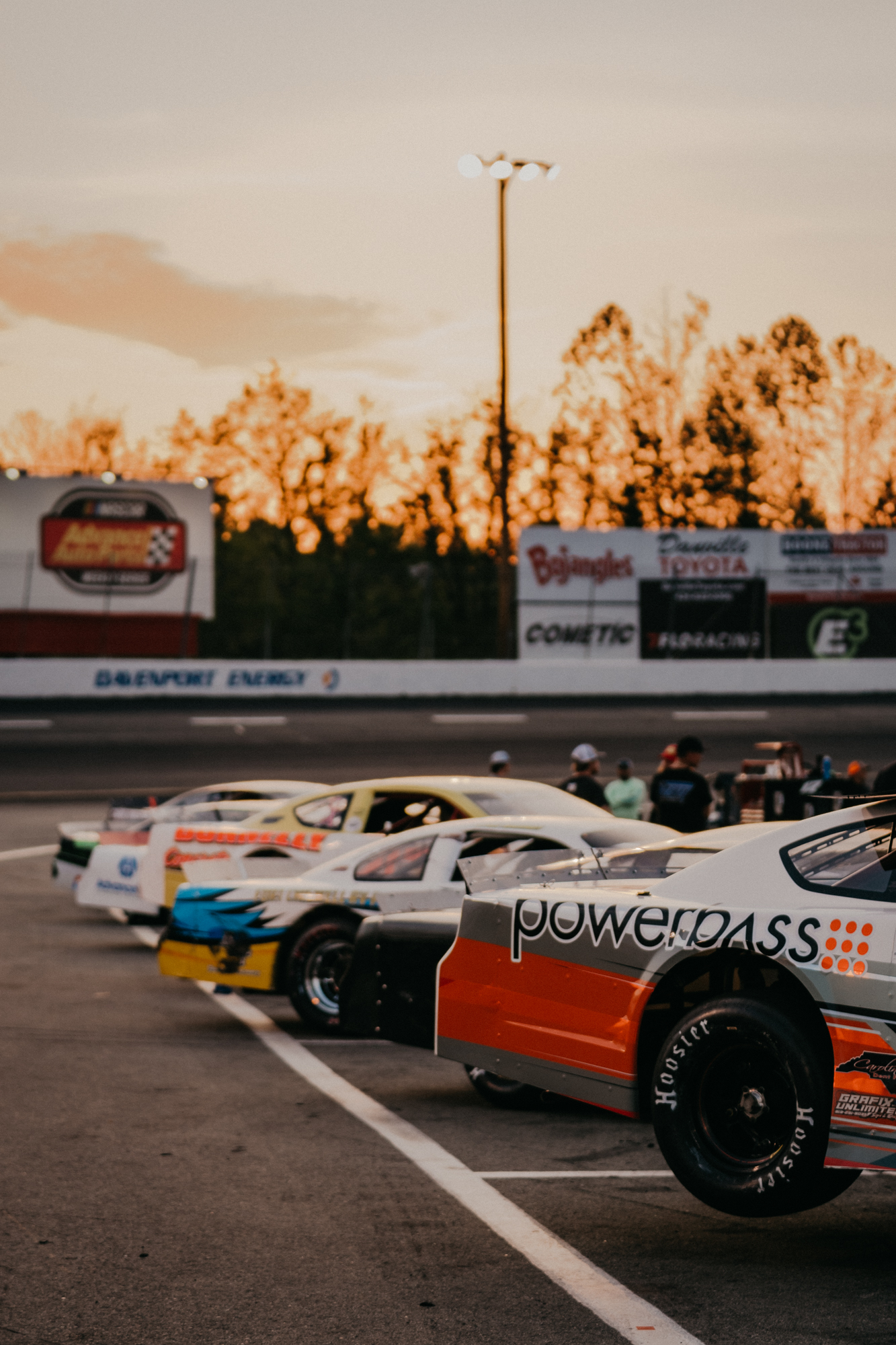 *ALL DATES SUBJECT TO CHANGE OR CANCELATION


The #29 Powerbass Chevrolet entered the #Bojangles200 this past weekend at South Boston Speedway in Virginia. Competition has been very tight, and this weekend was no different. During practice sessions, the team made multiple spring changes in the rear of the car trying to find better balance and forward traction. After the final practice session, the 29 ride was shown in 6th place.

Qualifying went very well after the team bolted on new race tires. Fast time of 15.862 was recorded and was good enough for 3rd place on the grid out of 21 cars. "The crew made some fantastic changes following my feedback during practice" says Obiedzenski. "I was very confident that we would find more speed and during qualifying I could tell right away that we were heading in the right direction with changes to the chassis."

On lap 28 a large wreck collected 11 cars when the leader was spun off the front bumper of the 2nd place car. Large right front damage ended the night early for the Obiedzenski, but spirits were still high in the 29 pit. "This team doesn't quit. I know how hard we have been working to run against the toughest competition in the country here in Virginia. We will get this car back together and be back on June 25th to put this thing in Victory Lane for our fans and sponsors."

The next event for the Powerbass Chevrolet is the Camping World 200 along with cars and stars of the Tony Stewart Superstar Racing Experience at South Boston Speedway. The race is a sell out crowd of 15,000 fans anticipating the hot action on track. 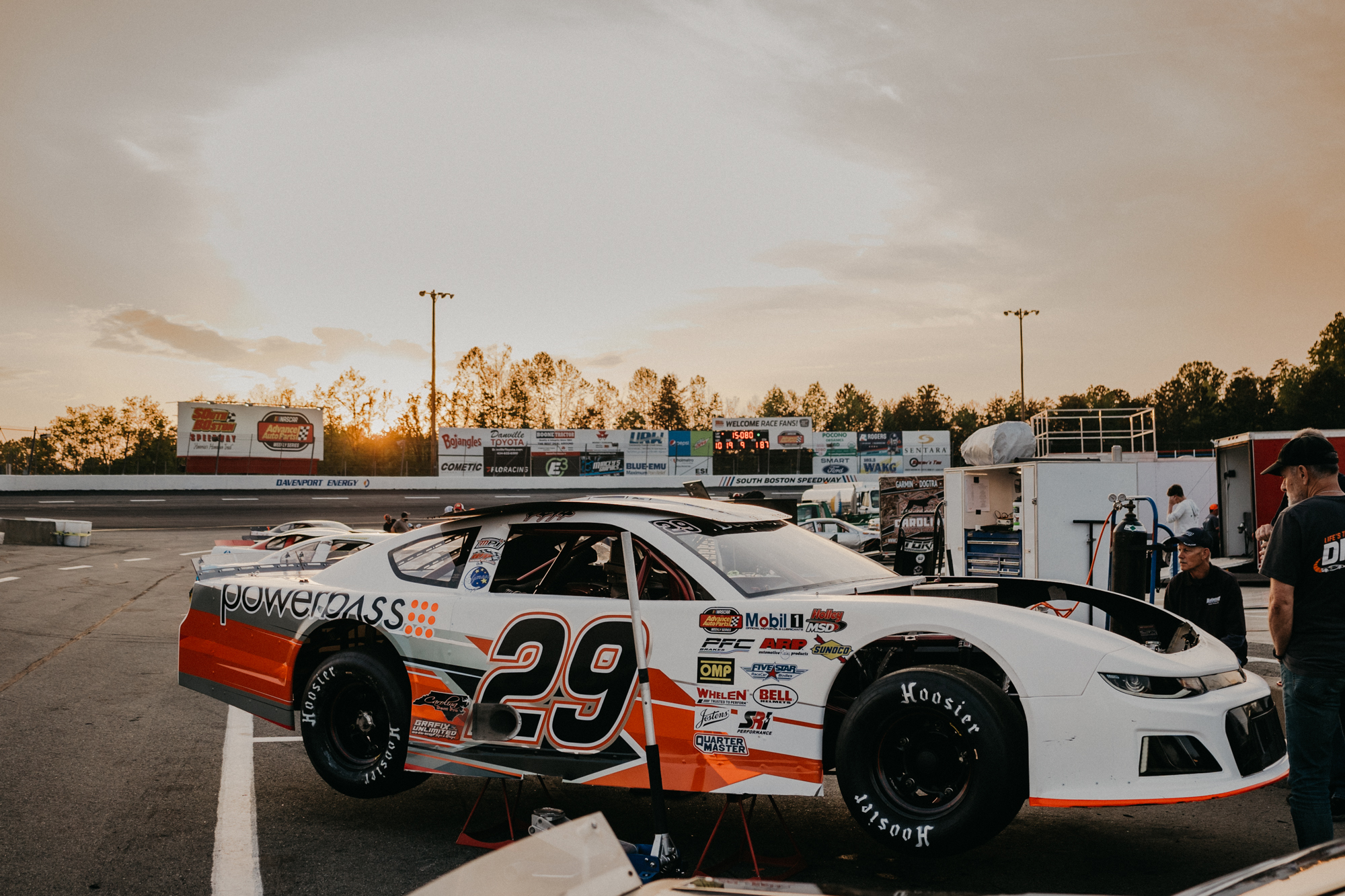 On July 2nd, Brian Obiedzenski and the #29 Powerbass Chevrolet Camaro ZL1 returned to the "America's Hometown Track" South Boston Speedway to battle the best Limited Late Model competition in the country. The team worked during practice the day before the race to try and tweak suspension and forward grip. The hot temperatures made fast laps difficult, but after practice ended Obie was P1 for the day.

Race day at the famous short track brought a huge buzz. The Thunder Road Harley Davidson 200 is the crown jewel race at South Boston and the fans showed up for another huge event at the Southern Virginia track. A pre-race Driver Meet & Greet is exactly what Obiedzenski needed to motivate him for the race. " Meeting thousands or hardcore race fans, getting to ask where they are from and who they are pulling for that night has always been a passion of mine. Growing up I was one of the fans that waited in line to check in with my favorite driver. It's full circle for me and reminds me that the people in the stands are what fuel this entire operation."

Qualifying speed was a little off from practice the day before with a fast time of 16.115 which was good enough for 7th. After 50 action packed laps, the Powerbass Chevrolet brought home a second consecutive 5th place finish. As of July, the team has a 9th place championship point standing out of 24 drivers. The next event for the team will be Friday July 8th at Wake County Speedway in Garner, North Carolina. The team is excited about racing just outside of Raleigh which is homebase. Keep up with all the latest updates, photos and video on social media  @TheRealObie29 and @PowerbassUSA. We will see you AT THE TRACK! 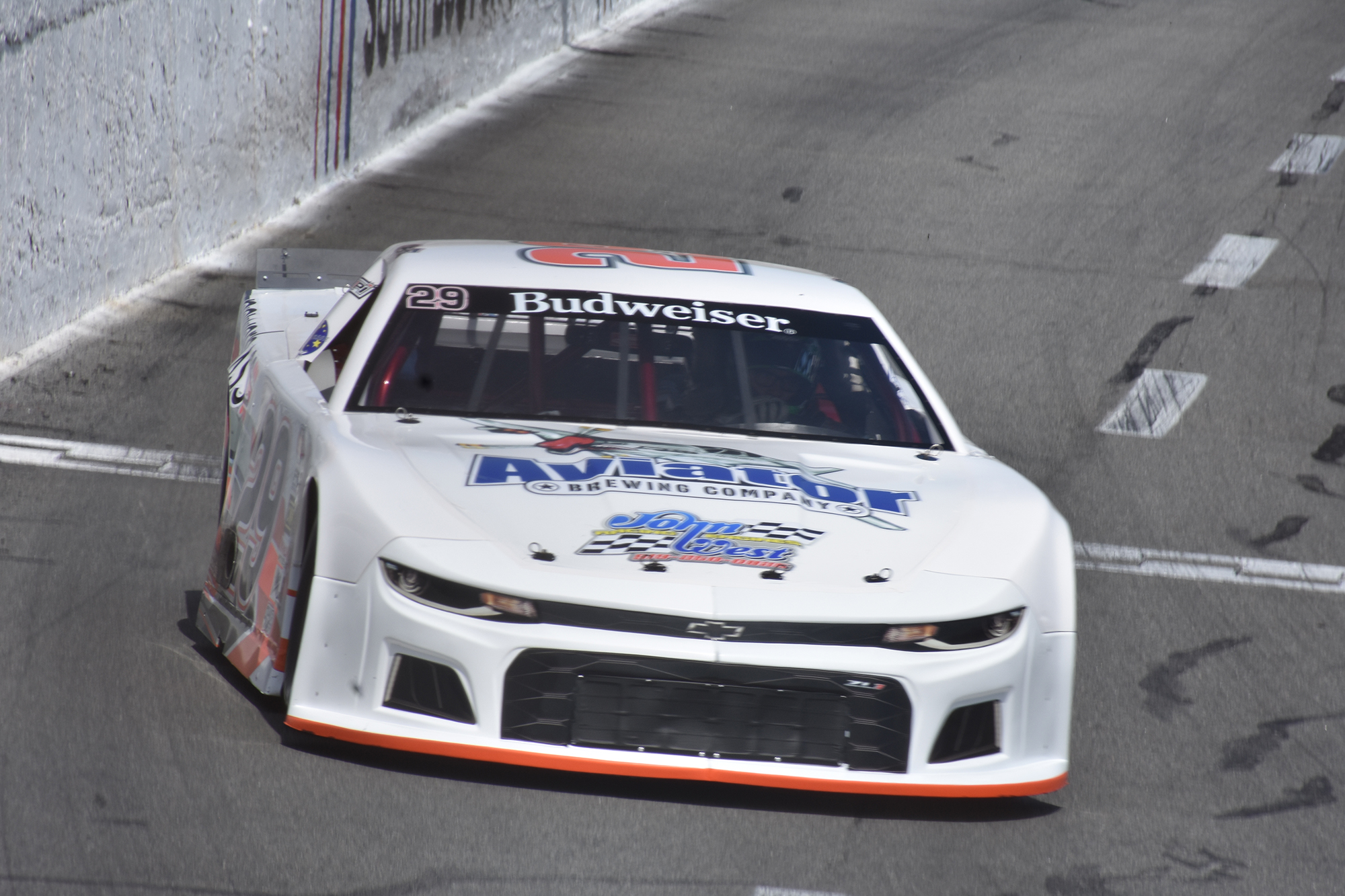 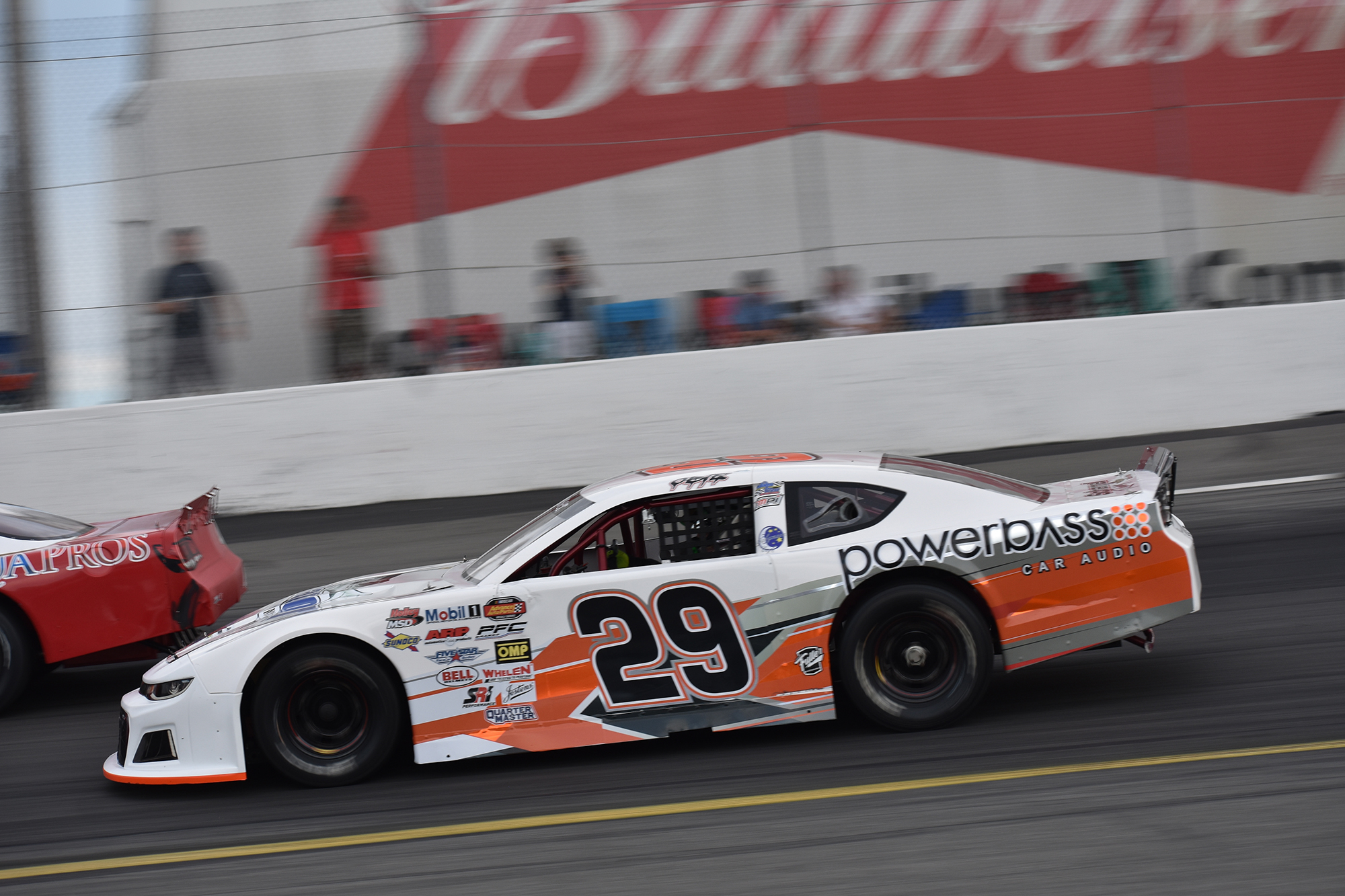 After twenty six years of silence at the famed North Wilkesboro Speedway, the command to start engines was given to 40 of the best Limited Late Model drivers in the country. Months of heavy anticipation, waiting, planning and logistics all led up to the Holiday Inn 50. The first Late Model race to run, kicking off a week of nostalgic and historical racing in front of 30,000+ race fans

Brian Obiedzenski entered the Powerbass Chevrolet ZL1 in early February and had the date circled. North Wilkesboro has played host to some of the most memorable action in NASCAR racing. " Wilkesboro is a dream come true for the team and I to compete at. This event is the one we have been looking forward to and really planning for. This track has very abrasive pavement and is the style of race that plays right into our wheelhouse" explained Obie.

Day three of the event started with Obie being interviewed with NASCAR legend Dale Earnhardt Jr. The interview was presented by SUNDROP soda and was a part of a series for race fans to become closer aligned with drivers competing in the event. Many new fans were made from Obiedzenski who explained what speaking with an icon was like. "Meeting with Dale and speaking to all of those fans is the type of thing you dream about as a kid. The fans were very excited to ask question and learn about the cars we drive and how we make it all happen week in and week out." A 6th place qualifying effort of 56 cars on day three was exactly what the team was waiting for. Adjustments to the springs, trackbar, cross weight and brakes was made to gain better handling for the feature. at race time, fans from all 50 states were present and thousands of fans watching on streaming services were treated to amazing racing that no one will soon forget. Three wide action, and hard racing yielded a 8th place finish for Obie and the team. A total success of an event, with new fans made and a strong performance boosted the 29 teams confidence to finish the year strong. 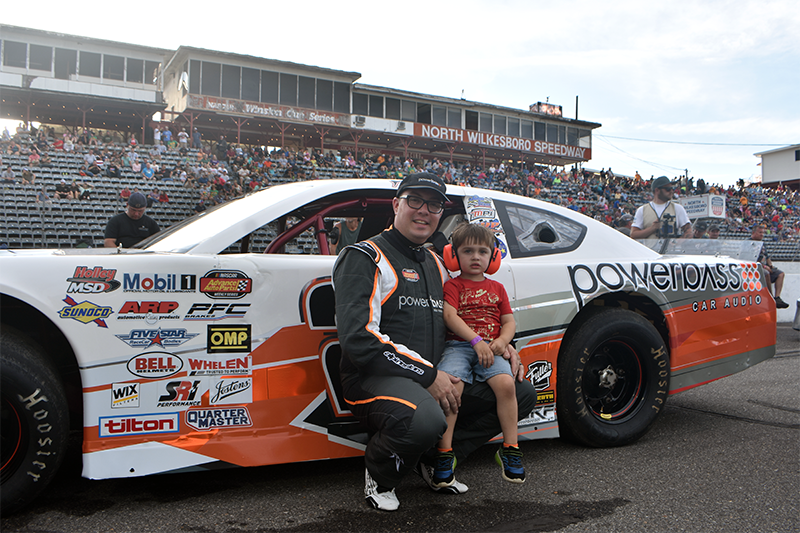 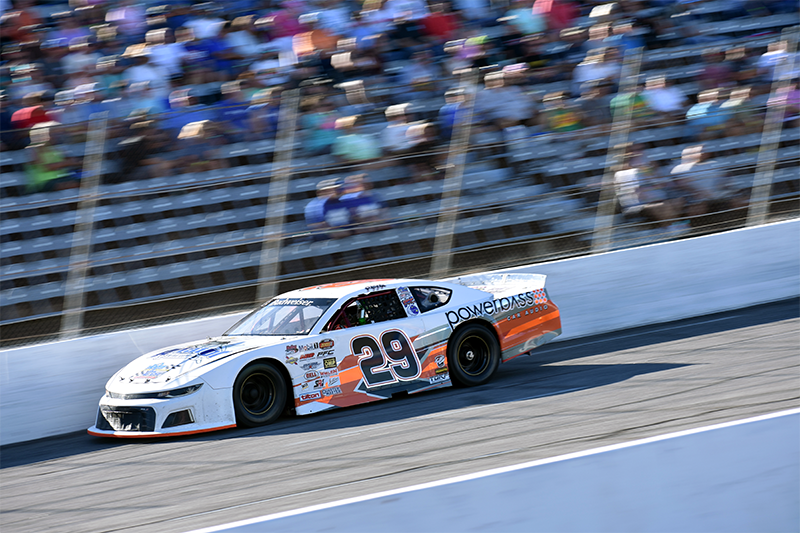